When Jawbone entered the fitness tracker market in 2011, their trackers were revolutionary. At that time, their only real competitor was the sporty Fitbit. Jawbone offered an attractive, customizable option that looked more like a fashion statement than an activity band. The Jawbone Up4 is the latest iteration of their iconic Up tracker, and when it came out in 2015, more than one Jawbone Up4 review hailed it as the next big thing.

Quick Navigation
What Happened to Jawbone?
Jawbone Up4 Review and Essential Information
What Should You Buy Instead of the Up4?
Moov Now
Garmin Vivosmart 3
The End of the Line for the Jawbone Up4?

If you've seen the Up4 for sale through third-party retailers, then you've seen that you can currently get one for a song. Is it worth picking up? Well, perhaps if you're a risk taker at heart.

What Happened to Jawbone?

Jawbone started out with high hopes. The company was born in 1998, at the height of the dot-com boom. The company, then called AliphCom, quickly won a contract with the U.S. government agency DARPA. Their first project was a communications device for soldiers in battle. That was the original Jawbone -- a low-noise headset designed to operate in less than ideal conditions. AliphCom would go on to develop other products, including Bluetooth speakers and speakerphones.

In 2011, Jawbone released its first "lifestyle tracker" device and app system, the Up. There are currently five versions: the Up, Up2, Up4, and Up24. They all have the same basic functionalities. These include sleep tracking, step tracking, calorie tracking, smart coaching, and an idle alert. The Up4 also used to support contactless payments.

Used to? Well, unfortunately, Jawbone is out of business. After 17 years of award-winning innovation and commercial success, Jawbone succumbed to multiple lawsuits and debt. They ceased operations in July of 2017 and liquidated their assets. What does this mean for you? Well, yes, you can probably find the Up4 and other Jawbone fitness trackers for ridiculously low prices through third-party sellers. But finding accessories is going to be a chore. The app is still available from Itunes and the Microsoft store, but there's no one on the other end for technical support -- or to safeguard your data. And if you're looking for customer support, you're going to be out of luck.

Jawbone Up4 Review and Essential Information 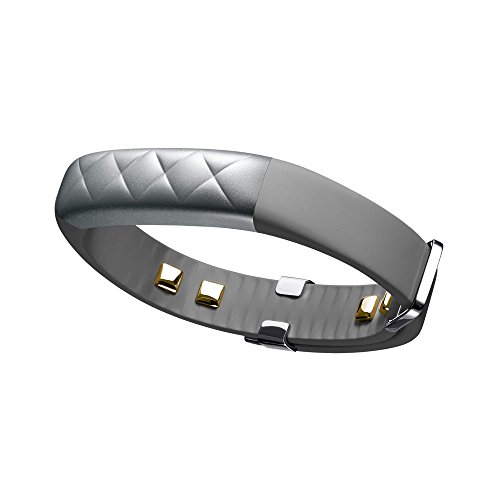 Someone looking for a fashion-forward alternative to a sporty watch-style tracker might find the Up4 tempting. It might also appeal to people who want a simple, bare-bones device that does what it's supposed to without a lot of complicated bells and whistles. And if you can find an Up4 through a third-party seller like eBay, you can buy it for between $20 and $40 -- that's a substantial discount over its release price of $180 to $220.

But fitness trackers have moved on since 2015. They've moved on a lot. Hundreds of companies are making this type of product, and consumers have their pick of designs, features, and price points. You don't have to buy the latest smartphone-syncing, GPS-enabled, all-activity tracker. If you want simple, you can buy simple -- and you can buy it from a company that still exists.

What Should You Buy Instead of the Up4?

The Jawbone Up4 has two things going for it. First, it's simple, intuitive, and easy to use. Also, it's gorgeous. But you can find something that's fashionable, simple, and inexpensive -- but also with supported software. 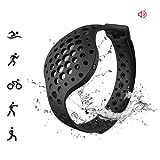 The Moov Now is a simple, intuitive, and modern sports wearable. It's won numerous awards for design and technology. What we really like about it is that, in addition to tracking for various activities, Moov also analyzes your form while performing those activities. Proper form is important not only to maximize your workout but also to prevent injury. The accompanying app is informative and easy to use. You can find the Moov Now at the Moov website or through third-party sellers like Amazon, where it has a rating of 3.3 out of 5 stars. The price of this tracker is around $40 to $60. And it's adorable. 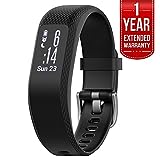 The Vivosmart 3 is an older model, but Garmin still sells it on their website and supports it. It's not a fashion statement, though. It's a sporty, no-nonsense style activity tracker that knows it's an activity tracker. But it does have a simple, easy-to-use interface. It does everything that a Jawbone Up4 can do, plus it tracks physical and emotional stress. You can also receive notifications on your Vivosmart 3, and, like the Moov Now, it tracks reps of various activities. Garmin sells the Vivosmart 3, and you can also buy it through third-party sellers like Amazon, where it has a rating of 4 out of 5 stars. The price of this tracker ranges from $70 to $100.

The End of the Line for the Jawbone Up4?

We're sorry to say, but we think it is. Jawbone's Up series was daring and cool. The trackers worked well, and no one has been able to duplicate their look since. But all great things eventually come to an end. The Up series had its time, but that time has passed. And if you're looking for an inexpensive, fashionable, easy-to-use fitness tracker, you're spoiled for choice. And there's no reason to choose an unsupported product from a company that no longer exists.

Letscom Fitness Tracker HR Review: What You Need to Know